What Animal Has a 4-Headed Penis and Produces Puggles? 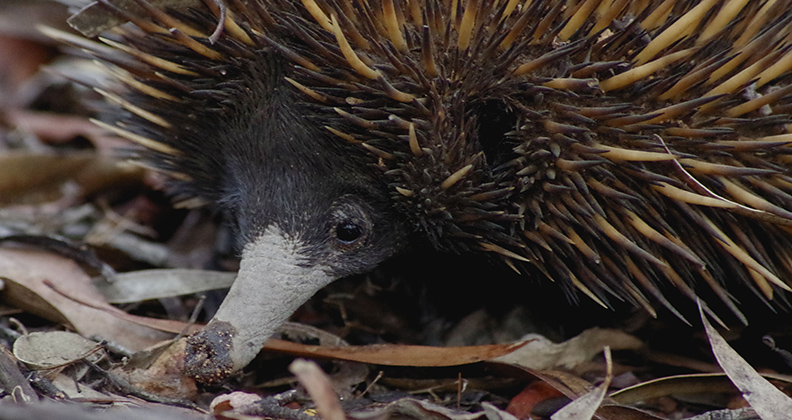 A male echidna has a penis with four heads and their babies are called puggles. Who knew?

Aussie kids have always learnt about our weird and wonderful monotremes – the platypus and the echidna.  We already knew they were a type of mammal that lays eggs and nursed their young with milk. But they do this without nipples! Instead, the milk is secreted onto the aereola area and bub simply suckles straight off the skin.

Amazing. And we are lucky enough to see them regularly on the Light to Light Walk.

Two ladies on our last tour spent quite some time observing a busy echidna on the track, completely absorbed in watching it work. These fascinating and enigmatic creatures possess some unique characteristics that have constantly surprised the scientific community over the last 30 years.

Dr Peggy Rissmiller has been researching these loveable creatures since 1988. We know lots of interesting facts about them, but she is now keen to test some theories she has about how they communicate.

“Echidnas don’t vocalise in a frequency we can hear,” she says. “You see them sort of even avoiding each other, so how do they know where another echidna is? Is there some kind of inaudible communication that’s going out? I’d really like to know more about that.”

So what other echidna facts we do know?