The Shot That Counts: Capturing That Rare Bird or Animal on Camera

I had the privilege of meeting Jason on a trip he took to our part of the world many years ago to photograph humpback whales. I still remember some of the tips he gave me:

And my kids bought me a valuable day course on basic DSLR photography with Chris Bray’s company a few years back that at least taught me the basics. Since then, there’s been a steady improvement. But there is still so much more to learn!

There’s no record of your sighting without the photo….

The Light to Light Walk offers opportunities to see a number of endangered species of bird as well as terrestrial or marine creatures.

Start with the Eastern Ground Parrot, a lovely bright green (with yellow and black markings) bird that is extremely elusive for the photographer. If you’re quick enough, you may be lucky and snap it as you flush it out of the heathland.

At night, around the campfire, you may notice a little Southern Brown Bandicoot, listed as Endangered by the Australian Government Department of Environment & Heritage. Unfortunately, they’ll emerge just on dark and frustrate all photographers by hopping about in and around small shrubs. So they not only have light issues, but movement as well.

But it’s digital, so go for it! Take a hundred shots and you may just get the winner! 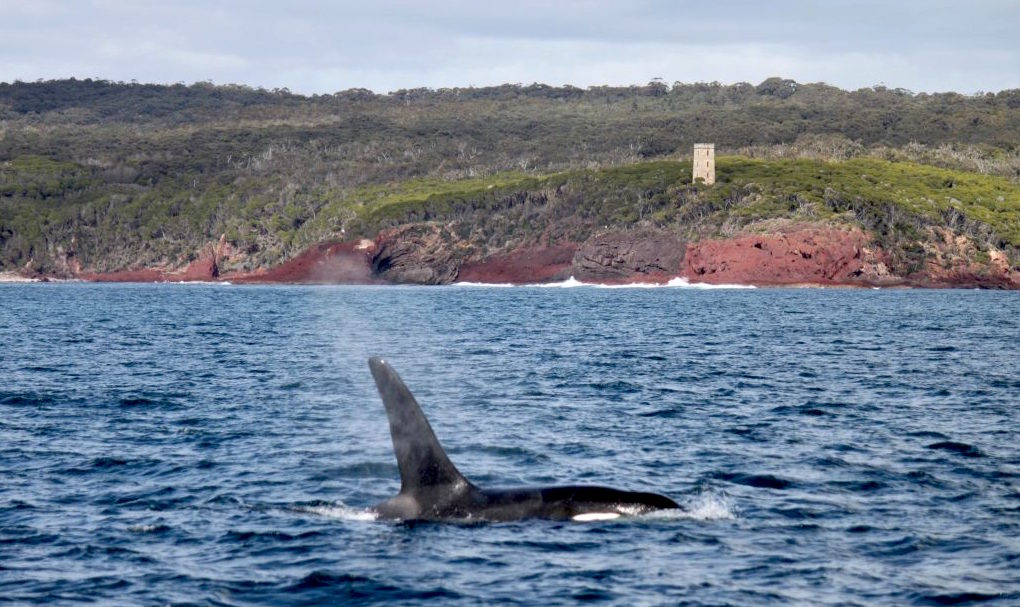 Our Indigenous friends of the Yuin nation tell stories of their ancient totem – the Orca or Killer Whale.

Seen from time to time off the Far South Eastern Australia coastline, these sleek marine mammals are something to behold, and photographs can be added to the Australian Orca Database – a critically important research program supported by a number of key Australian marine scientists.

Photos of Killer Whale individuals can be recorded for research through a citizen science program.

Clifftops along the Light to Light Walk are ideal vantage points for spotting these beautiful big beauties. A decent zoom lens will definitely help for getting that perfect pic.

On our tour, you can opt to lug the ‘good’ camera as well as the smart phone. You’ll only be carrying a lightweight day pack – we’ll have all the other stuff.

So go on, take it. You may well capture that award-winning shot of a rare creature. What a thrill it would be!

Book the tour, get the shot!