Spooks and Spectres – What Will Tim the Yowie Man Find in the Park? 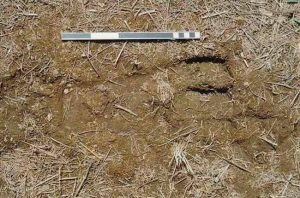 We’re honoured to welcome Tim the Yowie Man for this weekend’s tour, together with a couple from up Sydney way.

Tim rose to fame after spotting a Yowie in the Snowy Mountains of NSW in 1994. He is known as a cryptonaturalist (the study of strange and hidden phenomena) and to say we are excited about the possibility of Tim sharing a ghost story with us is a massive understatement.

Tim is known for his love of nature and all things ‘out there’. He is the National Museum of Australia’s ‘resident cryptonaturalist’ and we’re going to grill him a little more about all things spooky that we may encounter in the campsites at Saltwater Creek and Bittangabee Bay.

Given that we will be very close to the aptly named Disaster Bay, Tim will have plenty of source material to work with. The stretch of remote coastline from Haycock Point in the northern section of Ben Boyd National Park to south of Disaster Bay has seen many a tragic loss of life with no less than nine (9) shipwrecks recorded and dating back as far as 1835.

The tombstones of seventy-one people lost in the SS Ly-ee-Moon disaster of 1886 lie just near Green Cape Lighthouse.

It’s difficult to imagine the pain of those who survived as they stood on land and heard the cries of those left stranded on board the aft part of the vessel as it slowly broke up. Reports suggest that some passengers were still heard through the darkness of the early morning. But by daybreak, all were gone.

As far as we know, there has never been a Yowie reported wandering along the Light to Light track. However we are very close to the little village of Kiah (just south of Eden), where a local teenager reportedly spotted one of these hairy beings whilst out trailbike riding with his mate.

This young fella – ‘Ian’ – recalls a long loud scream, similar but louder than the screech of a cockatoo (“but way way louder”). Ian, who was living on a rural property at the time, also recalls one night when woken by heavy breathing at his bedroom window followed by the same screech – a terrifying thought!

So if anybody is likely to find us a Yowie, it surely has to be Tim the Yowie Man…..

We’ll be sure to report immediately if this tour is confronted by a large, hairy, human/ape-like creature. But we are secretly hoping the only hairy things we see are wombats, roos and wallabies!