My Modern Met: How ‘Crown Shyness’ Creates These Remarkable Patterns in Nature 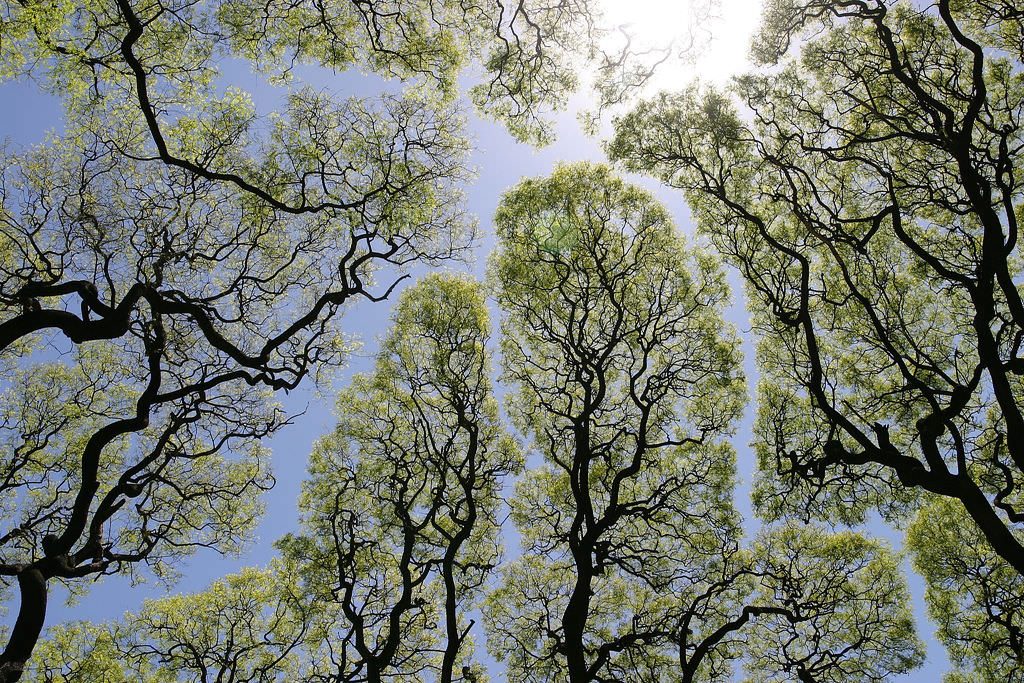 If you look up toward certain types of towering trees—including eucalyptus, Sitka spruce, and Japanese larch—you may notice a unique phenomenon: the uppermost branches don’t touch.

Known as “crown shyness,” this natural occurrence results in rupture-like patterns in the forest canopy that seem to perfectly outline the trees’ striking silhouettes.

Another suggested explanation is that it enables the perennial plants to receive optimal light for photosynthesis.

Since scientists first started studying the topic in the 1920s, crown shyness has been observed between trees of the same and different species in locations across the globe. Regardless of tree type or environment, crown shyness appears to always culminate in the same aesthetic, characterized by gaps that resemble meandering channels, zig-zagging cracks, and winding rivers.

While no one is quite sure why certain trees exhibit this unique behavior, several hypotheses have been presented by numerous scientists.

One possibility is that it occurs when the branches of trees (particularly those in areas with high winds) bump into each other. Another suggested explanation is that it enables the perennial plants to receive optimal light for photosynthesis.

Perhaps the most prominent theory, however, is that the gaps prevent the proliferation of invasive insects…

Read the full story at mymodernmet.com…